Over 50 years, no one else knew,
That the preacher who married these two,
Did not tie a mere “knot,”
As the poor couple thought,
But instead joined the Stellrechts with glue.

Though he poured it on gooey and thick,
He still wasn’t sure that did the trick,
So what keeps them together,
In both good and bad weather?
It’s the DUCT TAPE, that’s what makes them stick!

I’ve never been to a golden anniversary party, and so I wasn’t sure what my official duties should be when celebrating my in-laws’ 50th. I decided to make myself useful by writing this limerick and reading it at the party last weekend.

I also took a few photos at the event; a few of them follow. There’s a photo of Sharon and Dave with their original 50-year-old champagne glasses, one with Barry’s sister (who put the party together), one of the happy couple cutting the cake (with the original 50-year-old cake topper!), and one of Barry’s parents with us, his sister’s family, and most importantly, Grandma. How many people get to celebrate their children’s golden wedding anniversary? 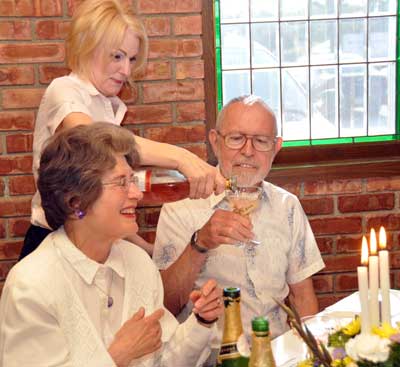 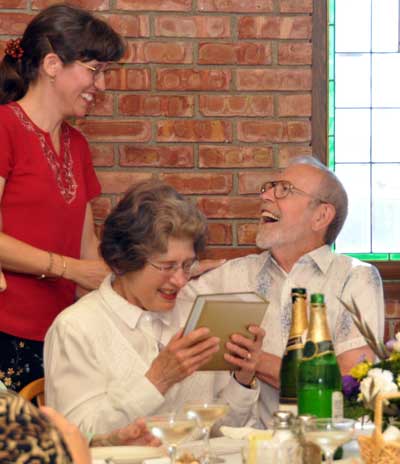 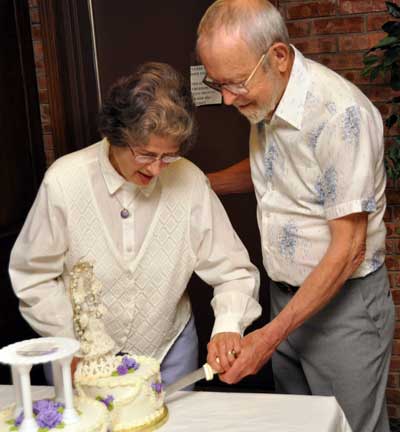 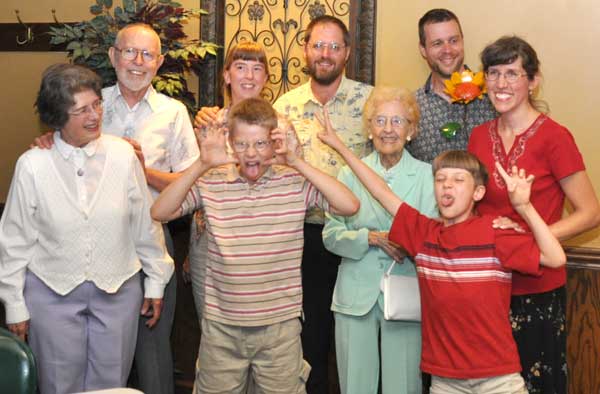