Linda and Robert, mother and son, were the first to arrive, just after 5 am. They set up their chairs outside the door of Mr. Smoke’s Contemporary Department Store on Saturday morning and waited patiently for Mike Williams to open the doors at 9.

They were accompanied by Robert’s daughter, Zoie, 6. Like many other children attending, Zoie was happy, outgoing, and had a balloon.

By 7:30, the diverse line stretched to the end of the block. People of all ages, colors, and ethnic groups were waiting together, chatting and greeting each other. The early arrivals had chairs; later groups stood.

It was a lot of effort for a free t-shirt.

Mike has been celebrating his store’s anniversary every year, because for the first several decades, he struggled to keep his doors open. It wasn’t for lack of customers. Vero Beach didn’t want a so-called “head shop” in town, especially across the street from the police station.

So while he fought the legal battles, he celebrated every year he managed to keep his unique store in business. Once a year, he designed a t-shirt to celebrate the milestone. He only printed 100 of each design, making them collectors’ items.

“We came to the first anniversary celebration,” said Linda, from her #2 place in line. She and Robert were both wearing shirts from previous years.

Not everyone wore their Mr. Smoke’s shirts. A man named Larry, who arrived in line at 7:30, said he had about 25 of them, but he never wore them. “I keep it in the bag. I collect t-shirts. I have over a thousand, concert shirts and stuff.” 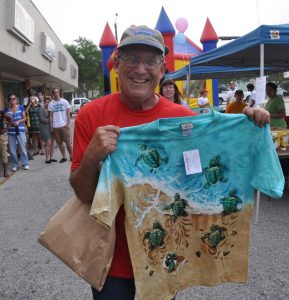 Woody came out with two shirts

Woody, who drove to Vero Beach from Cape Coral, lives aboard a sailboat. He has been coming to the event for 15 years and has 15 shirts. If you’ve ever lived aboard a boat, you know that’s a big storage space commitment.

“I’ve got every one. I’ve got one drawer in my dresser that’s nothing but his shirts,” said one of Mike’s friends, who was helping in the store. “I tell Mike, it’s my retirement package. When I get to number 50, I’ll put them on eBay.”

The store’s future is secure, with customers like Dace, Kristen, and Tay in line. They’re 21 and have been coming to the anniversaries for four years. “This store has history, and we know how much Mike went through for us,” said Kristen. 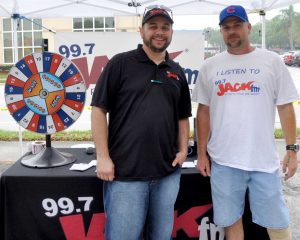 Across from the waiting queue was a giant inflatable “bouncy house” for the kids. Girl Scouts were selling cookies, and a band called Station was doing sound-checks beside a tent where 99.7 Jack FM radio was broadcasting. Popcorn and balloons were everywhere.

At 9:00, Mike released a bunch of balloons, then unlocked the door. Everyone cheered.

“I’m taking the day off work for this,” said a woman named Kris. The man with her, Chris, said “I asked for the day off three weeks in advance. This is one day when you get to see people you don’t normally see.” 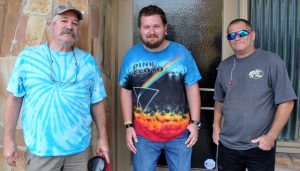 Thomas, in the middle, stayed up all night

“I stayed up all night for this,” said Thomas, a daily customer of the store. “I couldn’t sleep!” It was his first year attending the anniversary celebration. Another enthusiast, Kenny, said. “It’s like Christmas!”

Zoie’s mother was about 15 places back from her ex-husband. She’d driven a couple of hours from Okeechobee for the event. “If I ever leave Florida, this will be the once-a-year event I’ll come back for.”

That level of enthusiasm is really about Mike. All morning long, people enthused about him. “A good guy, always happy.” “A good man.” “A sweetheart.” ‘An awesome person.” “He’s good to talk to about stuff.” “He gives back to the community.” “Why do I come? Pretty much, Mike.” 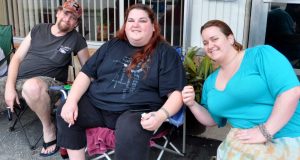 Over and over, people used words like “welcoming” and “family” to describe Mike’s relationship with his customers. Linda said, “He treats everybody like family. We call him Uncle Mike.” Her son nodded, and a woman named Chasya chimed in, “You’re supporting a locally owned and operated store by someone who treats you like family. There’s nothing like this anywhere.” 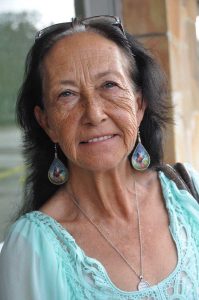 “It seems like I’ve known Mike all my life. When my friends come from out of town, I take them to see him. They just love him to death,” said Marsha. “I told him he ought to do this twice a year.”

Daniel, who lives a block from the store, said, “You never just go in and out. Sometimes, when I’m bored, I just come in and kick it with Mike. If they sold food, this would be my favorite store.”

At 9:14, a woman named Karen, who had never missed an anniversary, came out with her 34th t-shirt. “I don’t wear them, I hang them. I don’t want them to get dirty.”

I finally went inside to see what was happening. Even though Mike had recently expanded, it’s not a big store. The customers were orderly and polite, the children well-behaved, as they browsed among the ultra-bright t-shirts.

Behind the counter, Mike handled sales, accompanied by his beaming sister, Vicky. The conscientious storekeeper wrapped fragile items and carefully made change as he talked and joked with his customers. The life of the party, he was doing 50 things at once without breaking a sweat.

“I want a hug,” he said to one woman. “That’s what it’s all about!” He shook hands with a tall man, then turned to his teenaged daughter, asking her, “How’s school, anyway? Getting good grades?” One customer asked him to autograph his t-shirt. 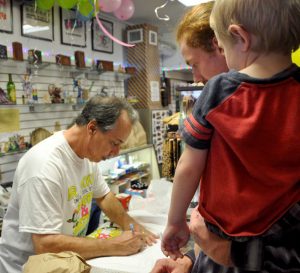 Mike told me that he gets emotional when he sees how many people support him. “This morning, I just had to cry before we opened the doors,” he admitted.

Watching Mike, it’s obvious why he has as many followers as the Dalai Lama. He loves people, and he is not afraid to let them know that.

“You guys make me so proud!” he announced. “Everybody should be Mr. Smoke one day in their life.” 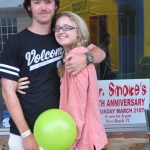 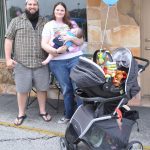 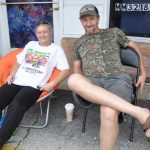 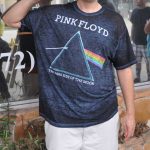 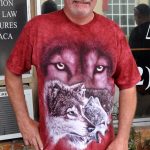 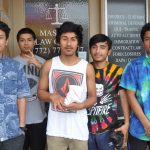 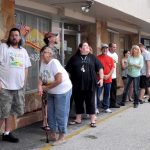 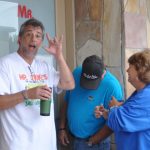 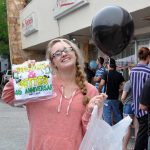 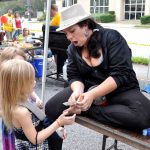 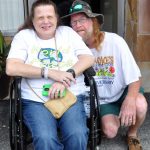 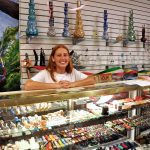 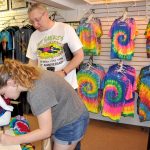 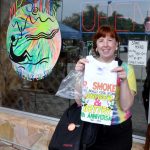 I got the t-shirt!