Every time I see this sign, it makes me smile. I hope it makes you smile, too! This little reminder hangs on the wall of a dressing room at A Second Chance, a thrift store that raises funds for homeless families. 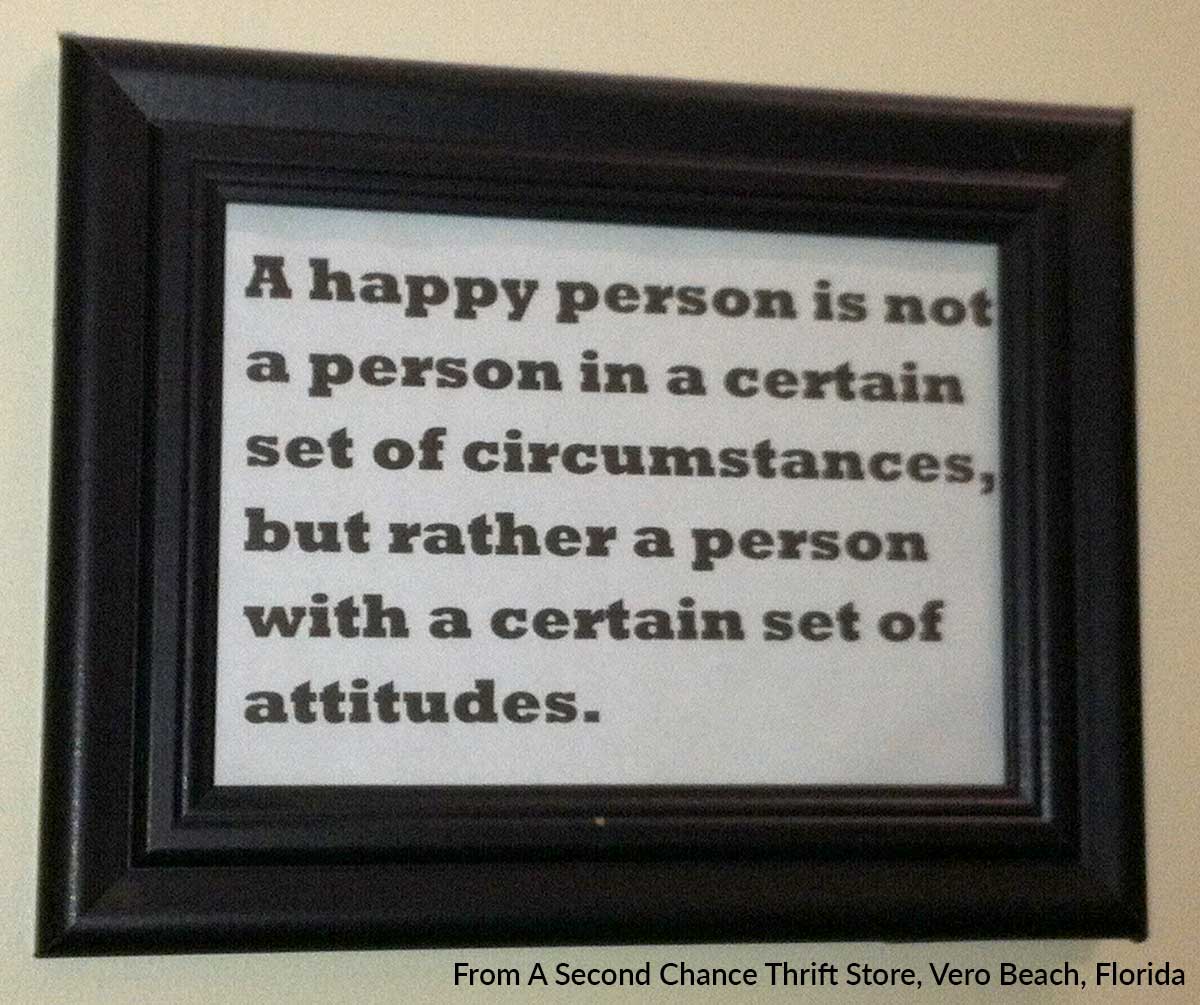 It only took me 30 minutes at the St. Vincent dePaul Thrift Store to find all the components of a pirate wench costume: The multi-layer skirts and blouses, the gold belt, the red headscarf. By 10:30 am, I stood in line to pay for my armful of colorful finds.

There were a few people behind me and a few ahead of me, and there was only one cashier. He was an older gentleman, and judging by his careful, methodical handling of each sale, probably a volunteer.

While we waited, I noticed that the young couple in front of me was buying a Battleship game.

“That looks like fun!” I said to them. “I bet I know what you’ll be doing today.”

The young woman’s face lit up. “It’s in great condition! We checked, and all the pieces are there.”

“You’ll have to post a picture of yourselves playing, like that.” I pointed at the box, which featured two excited children sitting across from each other, separated by the plastic stand-up Battleship board.

It was a scene from the 1970’s that I remembered well. But the young couple didn’t look old enough to remember the 70’s.

“I’m going to take a Polaroid and fax it to all my friends,” quipped the man. “And then I’m going to call them on my land line to make sure they got it.” The way the two of them laughed, I knew neither of them had a land line.

“I know what you mean,” I said. “I called my Dad the other day, and he had left his phone off the hook. I’d forgotten what a busy signal sounds like!”

When it was their turn, they set the box on the counter. As the cashier searched for the price sticker, I suddenly flashed back to 1993, and I said to him, “However much it is, could you just add it to my stuff?”

“Huh? It’s two dollars,” he said, entering it into the cash register. “Two fifty-one, with tax.”

The young woman protested briefly, but I said, “I’d just like to enjoy the thought of you playing Battleship.” I gave her a little hug and shooed the two of them out the door with their prize.

The cashier finished totaling up my pirate outfit, and as I paid for everything, he said, “That was a nice thing you did.”

I explained my 1993 flashback. “When I was their age, I had the exact same thing happen to me. My husband and I found a Scrabble game in a thrift store, with every single one of the pieces. And when we went to pay for it, guess what? A complete stranger insisted on buying it for us.”

I’d forgotten about it, but 23 years later, it’s making me smile. So is the thought of two young people, somewhere in Vero Beach, saying, “Heyyyy! You sank my battleship!”