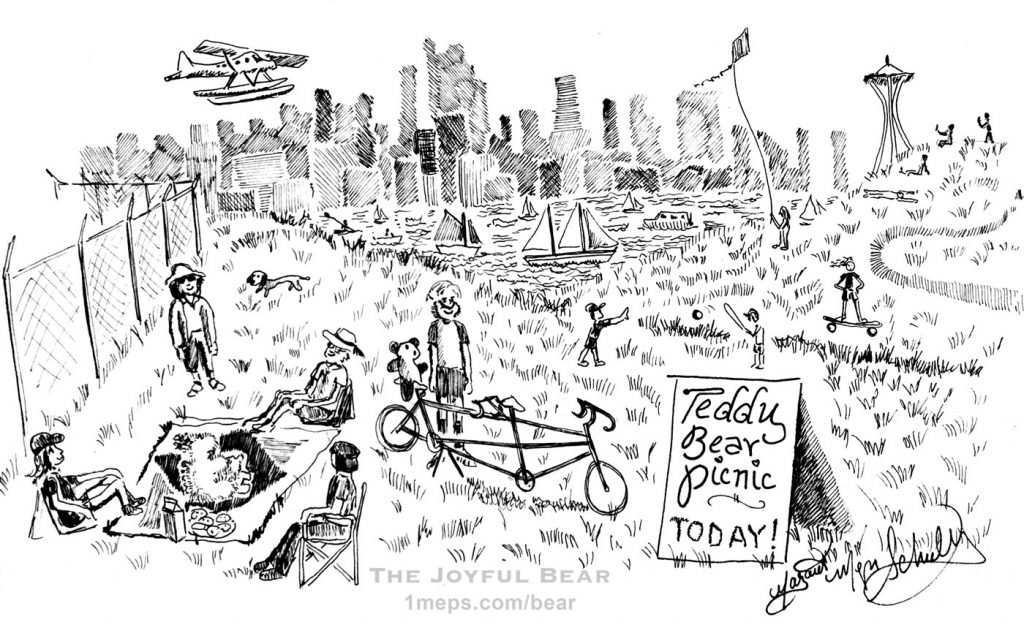 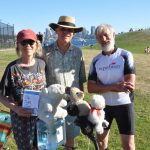 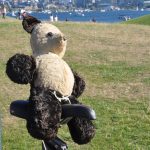 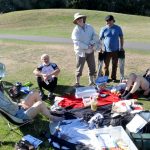 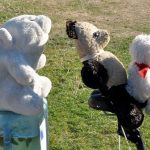 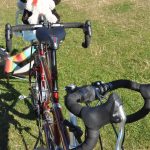 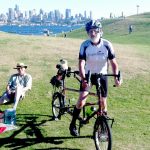 Last week, I presented The Joyful Bear and “Ten Things I Learned from my Teddy Bear” at University Bookstore in Seattle. The audience got to meet Frank LLoyd Bear, and we took some charming photos of him with his fans.

If you would like a photo with Frank Lloyd Bear, stop by Gasworks Park this Sunday, July 24 between 4 and 6 pm. We’ll have cookies, teddy bear philosophy, photos, and most importantly, hugs! 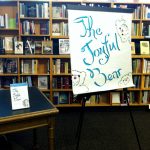 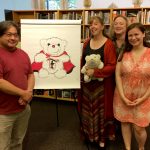 The Joyful Bear and friends at University Bookstore in Seattle 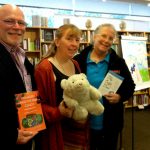 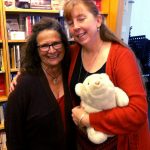 One of our favorite huggers 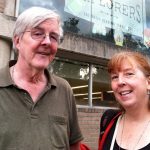 At the University Bookstore with my very first Seattle friend 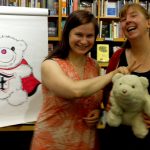 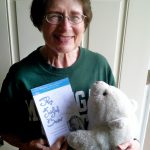 Sharon didn’t make it to the presentation, so we visited her a few days later. She is in the acknowledgements! 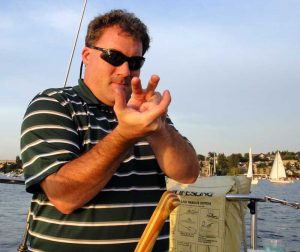 Nick is the creator of the Happy Spot “gang sign,” which is actually a 3D smiley-face

I need more than a simple mouse-click,
I must dash off a limerick, quick,
With this rhyme, I’ll be proud,
To stand out from the crowd,
Who will wish happy birthday to Nick.

It’s fun to write a birthday limerick for my Seattle friend, Nick Blenkush, because he often responds in kind!