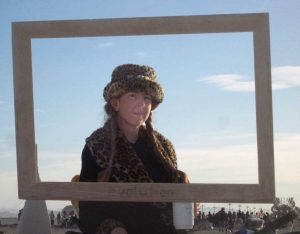 Over the past 10 years, I’ve seen many storms at Burning Man that were powerful enough to launch tents. Seeing a tent flying above the city makes me sad. So, at the beginning of each Burn, I hammer rebar into the ground with a sledgehammer to secure my tent and monkey hut shade structure.

Getting those pieces of rebar back out of the ground used to be my least-favorite part of the Burn — worse than port-a-potties! Then I came up with Jack It Out, my personal technique for pulling rebar without damaging wrists and elbows that I’ve already damaged through other Burning Man-related activities. Now my least-favorite part of Burning Man is the potties, not the rebar.

My explanation of the technique follows. It requires two simple things you probably have with you, even if you travel in a small car, like I do. May it make your teardown a more pleasant experience and keep the playa free of abandoned rebar.

How to Jack It Out 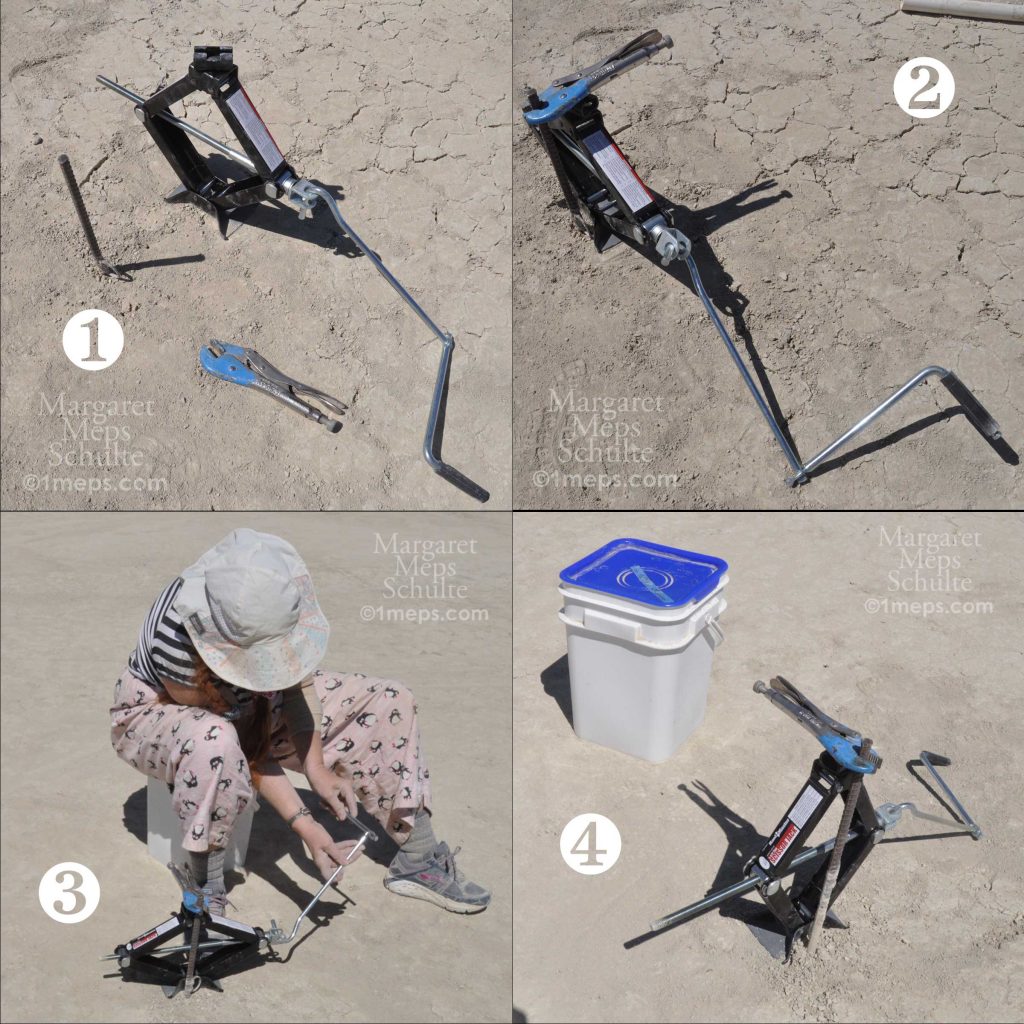 Illustration of the Jack It Out process

Huggable Meps granted Larry Harvey his official artistic license in 2016. (It has since expired and he has not chosen to renew.) She leads the DMV Adornment and Beautification Team and can be found in the Happy Spot.