There are many things to be afraid of in the boatyard — rotten balsa, corroded stainless, falling off the ladder, stepping on a copperhead, and coming face to face with a bear are a few. But last night, the really scary things came out for a Halloween party.

Luckily, there was plenty of food to appease them. Actually, since it was a potluck, the scary things brought food! Not scary food, though. This potluck had no blue turkey.

Here are a few of the pictures. As you can see, nobody took the easy route and wore a Tyvek suit or a dust mask. But Audrey came as Randy, and Dick came as Charlie, and John came as Tony, which confused the heck out of people who didn’t know Randy, Charlie, or Tony. It left the rest of us gasping for breath, we were laughing so hard. 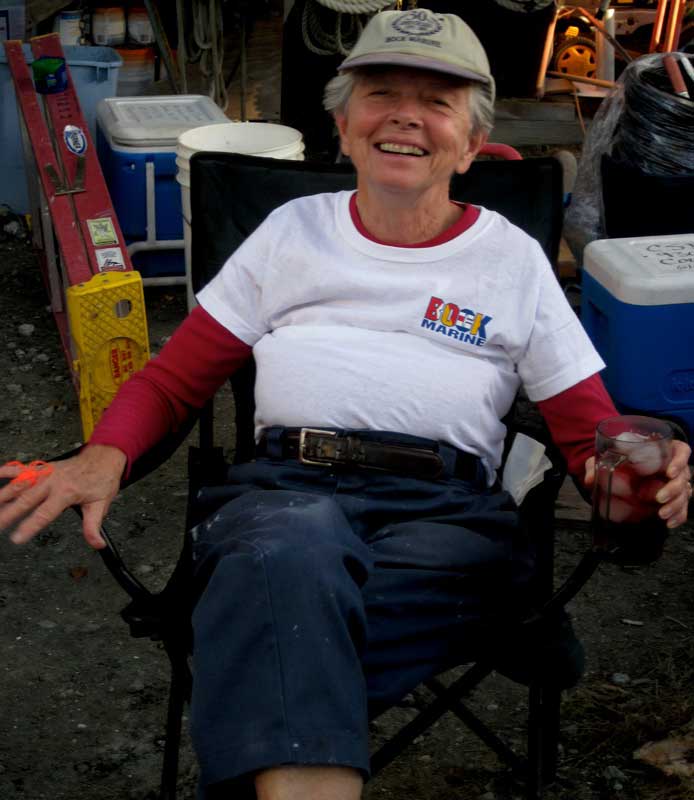 Audrey dressed up as a miniature Randy. She was almost as cute as the real Randy! 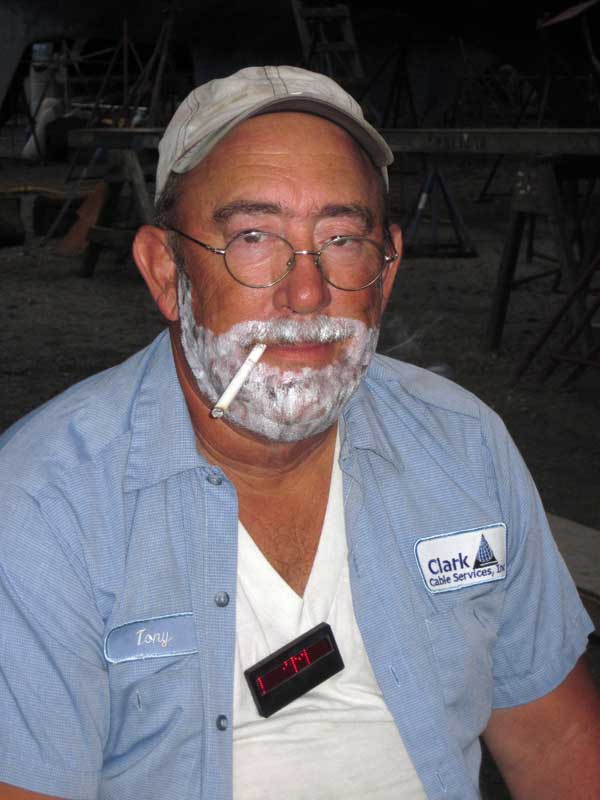 Dick came as Charlie, wearing a shirt that said Tony. He even made the same tasteless jokes as Charlie! 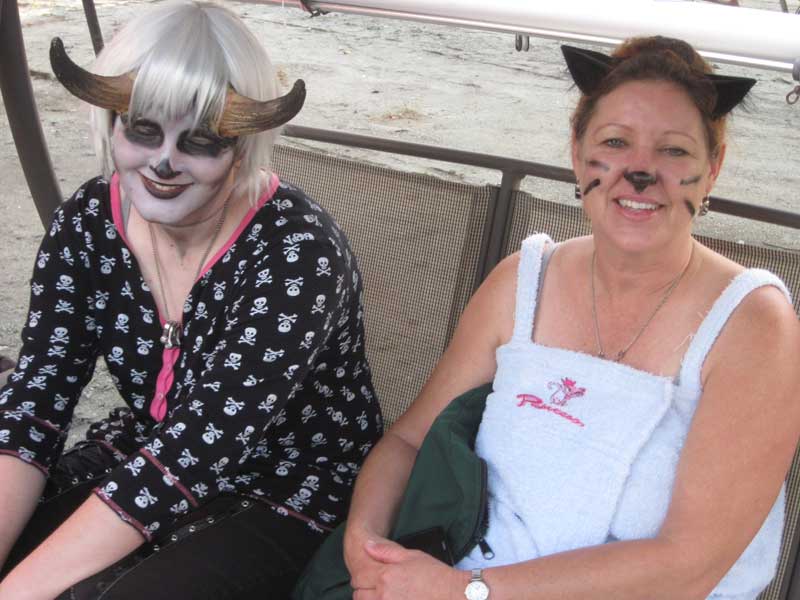 Celeste and Donna, with pointy things on their heads and great makeup. 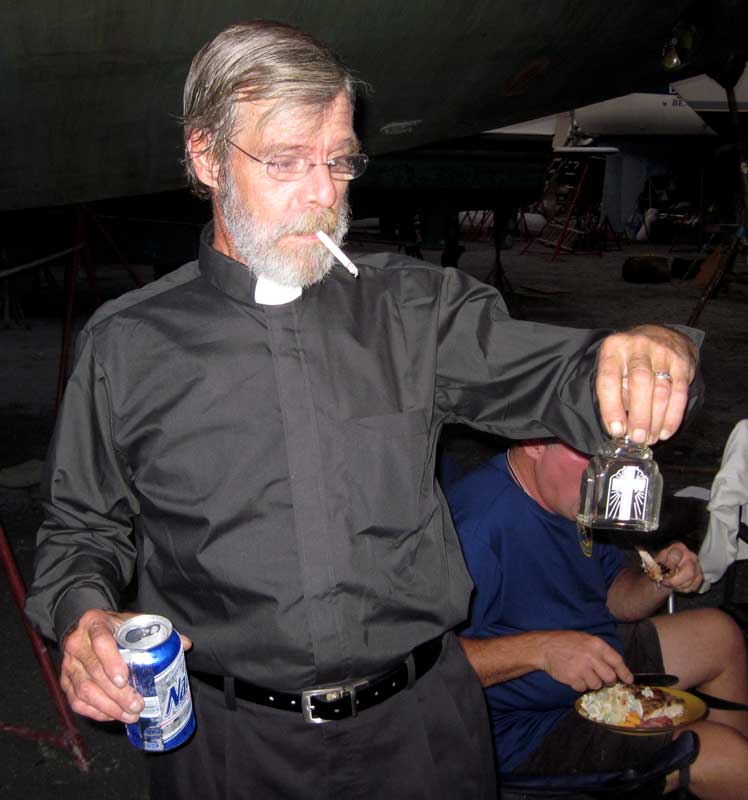 Father Charlie had all the props, including the beer and the cigarette. He generated a few tasteless jokes, too. 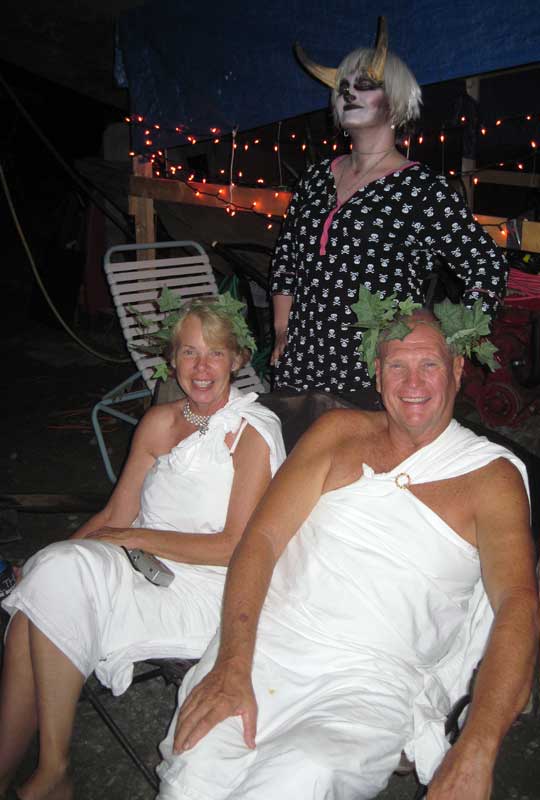 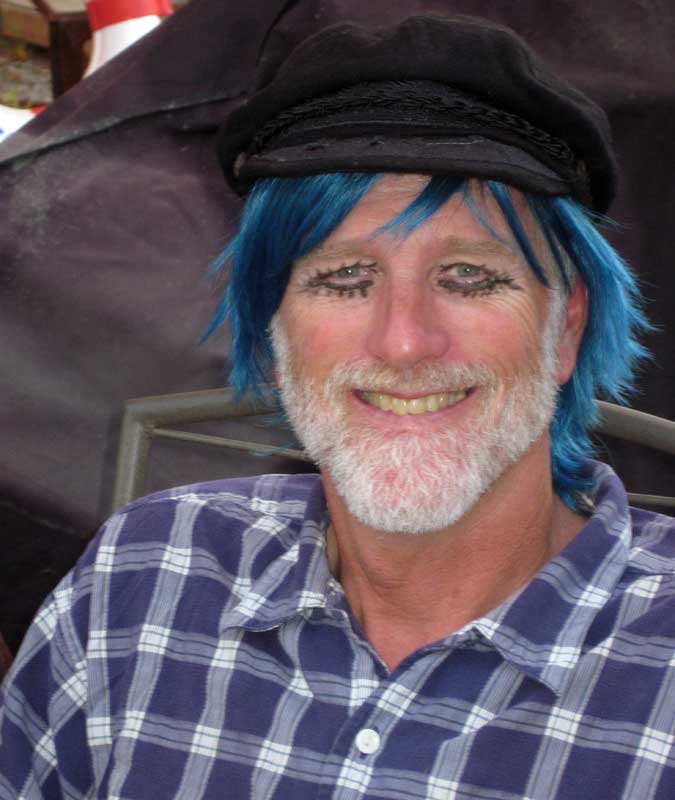 Is this the result of too much bottom paint? Wait, Scott's boat is not even hauled out! 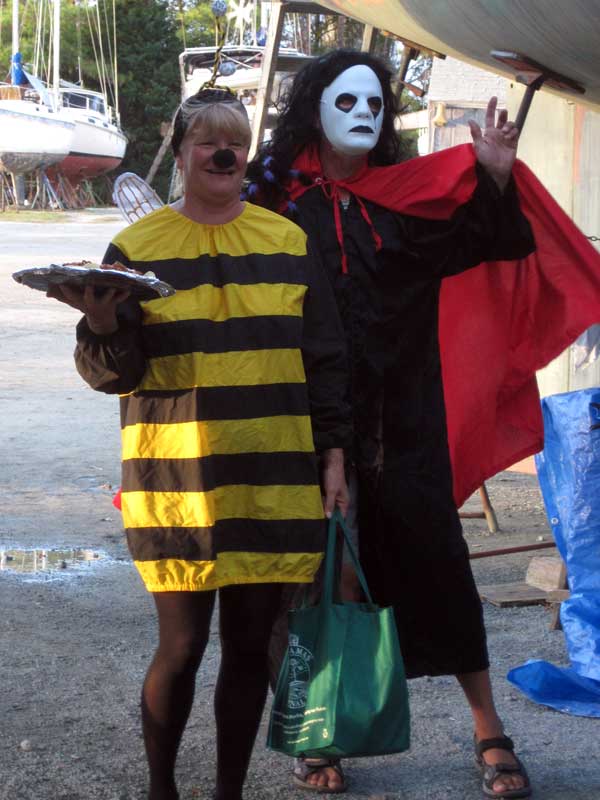 Who was behind the mask and wig? He could be anyone, but he said his name was Barry. Then he went home with the honey bee. What's that about? 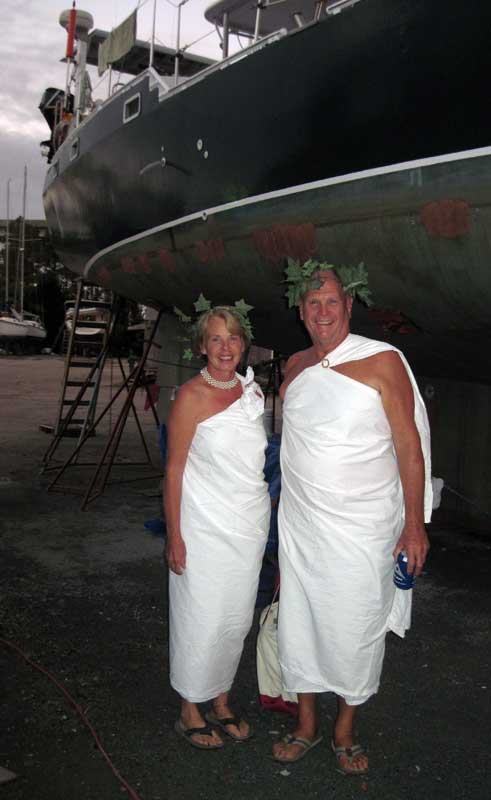 This is what we'll all be wearing to work on our boats, instead of those boooooring Tyvek suits. 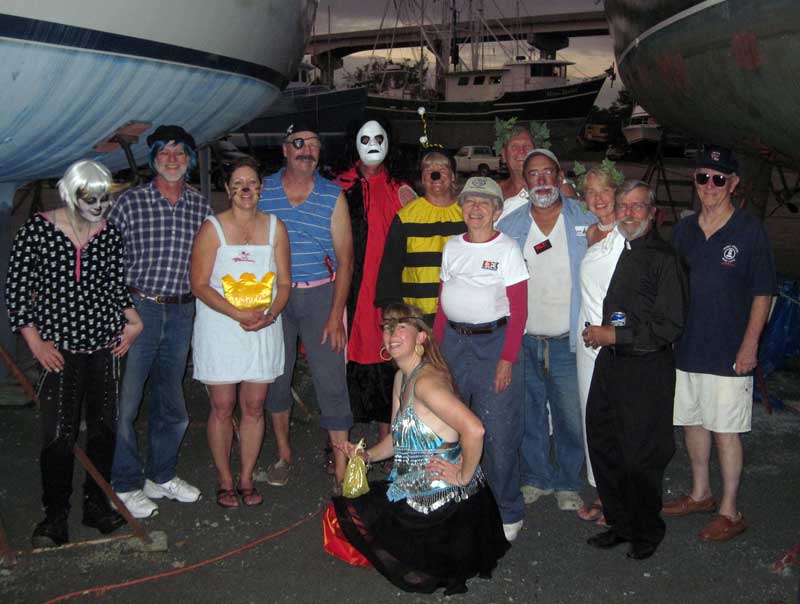 The whole dressed-up gang, complete with jackstands and boats on either side of us. Scary!