This past Monday, on St. Patrick’s Day, I forgot all about wearing green. When I got ready for bed, I discovered that I’d been wearing lime-green ankle socks all day. Whew.

At the time, he wasn’t aware of the shirt. He wasn’t even aware of me. While the tourists in Savannah were making drunken fools of themselves at the second-largest St. Patrick’s Day celebration in the USA, Dad was having a sextuple heart bypass at a Savannah hospital. 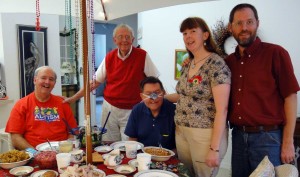 Dad loves being surrounded by his kids at Christmas

I called him this past Monday, to reminisce and tell him I’m glad his heart has kept him going all these years. He’s in his late 80’s, enjoying his retired life in sunny Very Beach, Florida. This past week, he’s been busy, judging a set of newspaper articles for a contest, preparing for a Civil War symposium, and brainstorming with me about my forthcoming book.

In our conversation, Dad told me what he remembered about his heart trouble. He and Mom had just moved into their dream house on the Atlantic Ocean, and he loved walking out his front door onto the beach at sunrise. 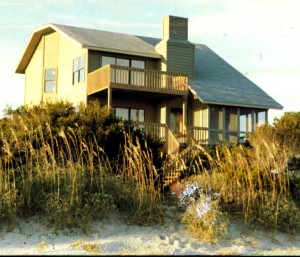 Mom and Dad’s house on the beach

“I urped right on the beach,” he told me.

My Mom was disturbed, because he didn’t throw up very often. She packed him off to his doctor, who told him it was a lesser-known symptom of angina — a condition where the heart is not getting enough oxygen, due to blocked blood vessels. The next thing Dad knew, he was on a treadmill, and his heart failed what’s called a “stress test.” Within two weeks, he was in the hospital for open-heart surgery.

In those pre-internet days, I flew to Savannah with a bag full of library books about how hearts work and how to recover from open-heart surgery. I read up on angina, coronary artery disease, and heart attacks.

That’s why, for the past three days, I have been crying so much. I knew all that information, but when I saw it firsthand, I didn’t recognize it.

For the past couple of years, I spent a lot of time with someone who had all the symptoms. But when Philip downplayed his symptoms, I believed him.

“I ate an old chicken salad sandwich,” he told me and Barry, when he suddenly threw up one morning. “How embarrassing.” Another time, after a stressful phone call regarding his mother, he said he just “felt weird.” His brother and I joked that every time he got into the car with us, he fell asleep and started snoring. I realized that was probably because of a lack of oxygen. It also explains why his mind was not sharp, why he was “fuzzy-headed.” 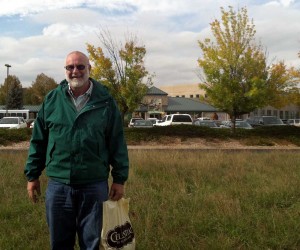 Walking to the Celestial Seasonings factory with Philip, the day before he died

The most chilling symptom was when he told me, “I must have pulled a muscle in my shoulder.” The back of his left shoulder was hurting, for no reason that he could think of. We’d been hiking and walking almost every day for a couple of weeks, so I didn’t question it.

He died of an apparent heart attack two days later.

If I had put all the pieces together, the pieces I had back in 1989, could I have helped to save Philip from the “silent killer?” The information in the library books that helped to save my Dad is more easily available now. I could have reviewed the symptoms of heart trouble on my computer or even my phone.

Philip was only 60 when his heart stopped working, and it broke my heart. I wish I had known better than to let the silent killer take someone that close to me.