As the day breaks, a beautiful hush
Hangs o’er breathtaking fields, oh so lush,
But this deceptive green,
Is the most ever seen,
For the rain’s turned the whole place to mush.

Sometimes it’s the colors that tell the real story, and it’s a tragedy. Driving along, enjoying the lovely green fields in North Dakota and Montana, we suddenly realized: It’s not supposed to be green here! And those blue waters? The ones over the road? They’re not supposed to be here, either.

A rancher in Montana yesterday told us about digging a post hole on top of a rocky hill and coming back, two days later, to find it half-full of water. “It hasn’t rained, has it?” he asked his Dad, incredulous. “Nope.” In all their lives, folks have never seen the ground this saturated. Many folks couldn’t plant their crops. The ones who did say their hay’s not forming heads and ripening.

Here’s where we crossed the Mississippi. 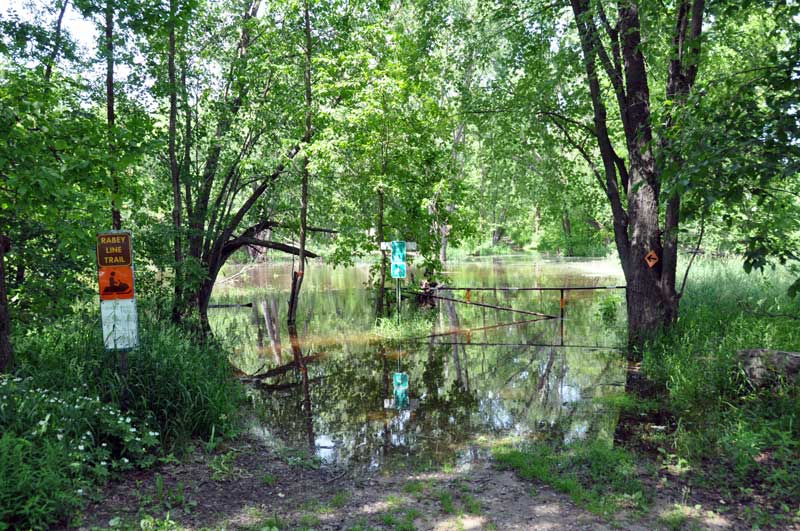 And here’s some of the flooding along I-94. 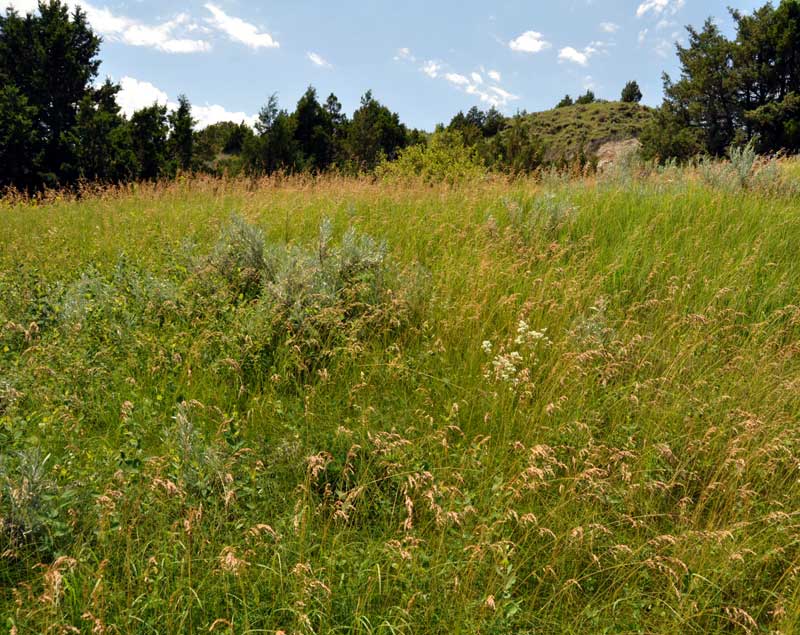 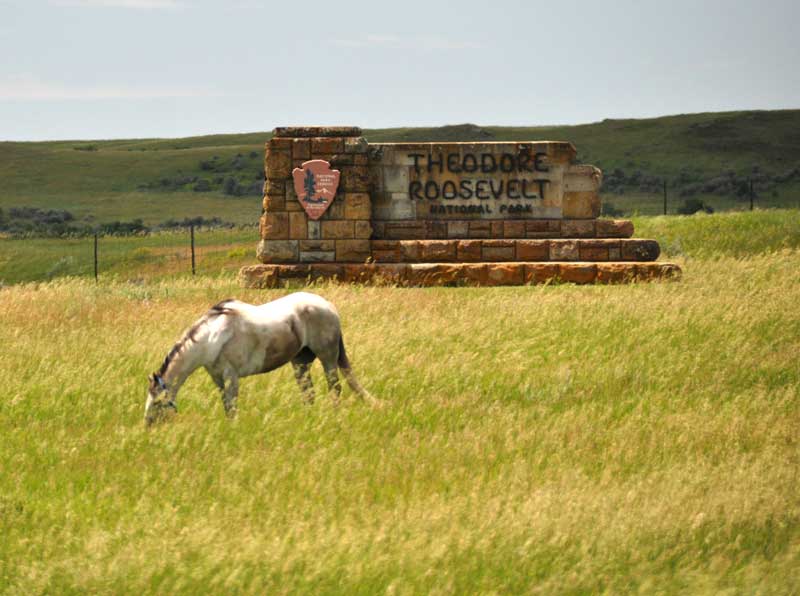